A new orthopedic development provides a solution to metatarsus adductus

Orthopedic development of a problem that has never been solved

A new Israeli orthopedic development provides a solution to a problem which to this day has not been clearly resolved, known as metatarsus adductus (intoeing of the foot in newborns) or by other names addressing the same problem, such as: Pigeon toed, Metatarsus Varus, Metatarsus Primus Varus, Calcaneovalgus, Forefoot Varus, Cavovarus foot,Skewfoot, Intoeing gait or Forefoot Adduction (FFA).

We spoke to Eilon Daizade, CEO of UNFO Med.

According to him, the solution developed by his father, Dr. Daizade Izak, a senior orthopaedic surgeon, inventor and founder of the UNFO method for the common problem of feet deformities in newborns, is nothing less than a global revolution, since to this day, there has not been a recorded solution to this problem where the foot curves inward.

Until today, doctors have had three solutions for parents

.The first answer was that, God willing, it would work out and everything would be fine.

The solution of Unfo Med

The solution presented by UNFO is a device resembling a shoe which is placed on the foot and which induces a kind of inner massage that affects the skeletal structure and joint of the foot slowly and continuously. The average treatment time is 23 hours a day for 6 weeks, followed by an additional 6 weeks at night only (12 hours a day), depending on the degree of severity. In addition, 90 percent of the time is dedicated to preserving the achievement obtained during the first 14 days, and unlike the cast treatment, there is no need to have the casts replaced by a specialist every two weeks, thereby avoiding related problems. 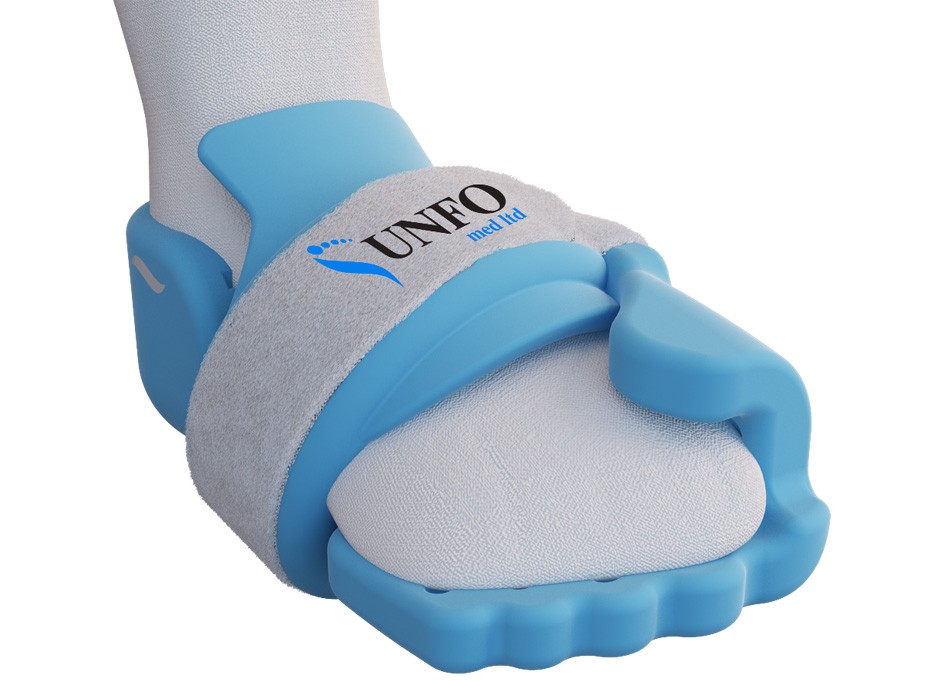 Daizade stresses that the problem to which he is referring is highly common and concerns an average of 8 feet per every 100 births, and he believes it is important to inform the parents and make them aware of this solution. The development as a whole began about seven years ago, but the procedure has been launched only this past year, after having undergone tests and approvals, as well as extensive clinical studies at Hadassah Hospital in Jerusalem, Israel and at Rizzoli Hospital in Italy, which yielded positive results of a success rate of near one hundred percent. These studies will soon be published worldwide. He adds that to date, the success rate is near one hundred percent; with some infants not achieving positive results due to starting the treatment at a later stage, past the most effective treatment time window during which the problem is at all treatable – that time window being an average age of 9/10 months. At a later age, results are more difficult to discern because the foot has hardened and set.